Your heart is beating fast – thumping loudly against your chest as you wait, nervously, for your A-level results. Finally they arrive. You hastily open the envelope and at long last find out what you’ve got. But whether you achieved good, bad or moderate grades your parents will be there to support you; just like they have since your childhood. Your parents are an invisible bond that will stay with you throughout your whole life. But what happens when that bond is taken away? What happens when you are left to deal with life as a student single-handedly?

Since the summer of year eleven I have been living independently in a small one-bedroom house in my town. I have no contact with my parents having never met my father, and I have spoken to my mother only once over the past two years, while she was sitting in prison. At first glance, this may seem great: being able to set my own bedtimes, to do what I wanted to do whenever, and to never have to worry about being told off. But there are far more problems than there are perks. Your parents nurture you; they support you, and will probably help you out a great deal financially, especially whilst you’re a student.

Currently, I struggle to live off of £50 a week in benefit money. In comparison, the average university student spends £100 a week. I have to find money to pay for food, electricity, gas, clothing and rent. There have been several times when I have had to worry about when and where my next meal would come from, especially if I had not budgeted the week correctly. My EMA, (Education Maintenance Allowance), counts for 60% of my income – I don’t know what I would do without it. Rarely do I have spare cash – it’s more likely to be used for buying food. On several occasions I have had to decide between which of two items I needed the most – do I replace the tatty old shoes that I’m wearing, or do I buy myself a new phone as my old one is broken? Do I pay for internet or gas? Electricity or food? Studying for your A-levels is tough – imagine also having to struggle with these problems on your own. For many students though, their parents will come to the rescue.

University is costly to anyone who goes, but there are so many other costs that the state does not take into consideration. Your parents often pay for this ‘invisible cost.’ It could be anything from buying a new pair of shoes to replacing more expensive electrical goods. Or it could be the cost of getting to university and paying the deposit on your room. The £150 deposit on my rent counts as three weeks of money! Studying for a degree is expensive (£50,000 according to a report by HomesforStudents.co.uk), and parents contribute so much to the extra costs that few may really think about. If my student loan runs out where can I turn? During the summer months where can I stay? It would be good if the expenses of Higher Education to parents could be highlighted more – that would mean that the differences in costs between those that have parents and those that effectively don’t could be more considered.

I have been forced to grow up quicker than all of my peers, forced to live in a position that few will reach until they finish university and truly move out. And if I fail to get into university I go home to an empty house and will have only a few weeks to decide what course my life must take. Getting a house would be my top priority. Getting a full-time job would be my second, and the money from this would have to be enough to pay for rent, bills and living costs. In stark contrast if my friends fail to get into uni they will be able to go home to their parents to consider their options.

But I’m not envious of my friends – I’m a self-sufficient sixth former who is far more independent now than most will be at university. Unfortunately I’ve been placed in a bad position, but I can either whine about it, or do something to make my situation better. Robert Baden-Powell said we should aim to “leave the world a little better than you found it”. This quote summarises why I don’t give up, and why I also try to help other people by volunteering. The road to university may be tough, but I feel that by trying to achieve this goal I’ll stand a far better chance in the world. So to conclude, as a student, think about the ‘invisible’ support that you receive from your parents, think about everything they have done for you, and think about whether you could manage to live without them. 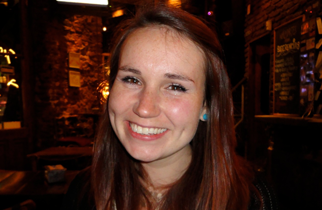