The world of information, advice and guidance for prospective students entering higher education is a complex one. Some students are born into environments where access to both information and, crucially, to advice and guidance is abundant. Others are fortunate to have schools or supporters to guide them through. However, many are still left to navigate an often unfamiliar environment alone and without crucial context to help inform and shape their decision making. Many of those students may well end up making decisions they could later regret, with an accompanying price tag that won’t exactly cushion the blow. The axing of AimHigher and the hands-off approach from the Department of Education towards career guidance in schools is only likely to make the problem worse. 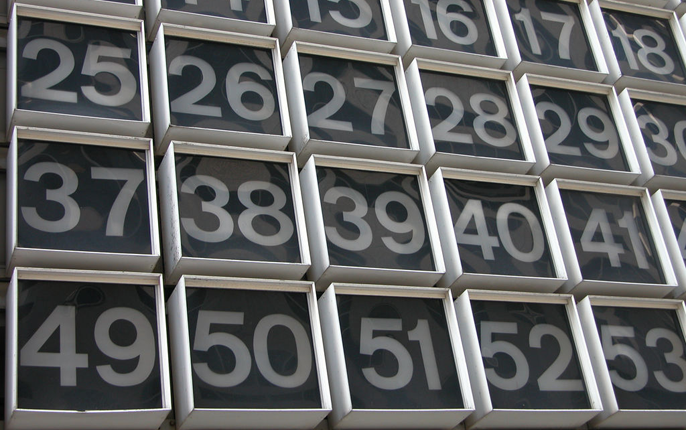 Central to the information landscape are league tables. Yet, as I see it, very little is done to challenge their obviously gaping flaws. Practically all of the broadsheet newspapers turn their hand to league tables at some point in the calendar year, with universities quick to pounce on the table which places them highest as the “most authoritative”. Yet I’d argue that for many students, perhaps even the majority, all newspaper league tables are largely redundant, and frankly don’t give any indication of many of the crucial elements that students are really interested in; such as the quality of teaching, access to work experience and curriculum content.

Of course the simplicity of league tables, the fact that universities can be boiled down to a single digit, then placed in a rank order, is on the surface at least quite appealing. Prospective students can be duped into thinking that the university ranked 43rd is somehow better than the university ranked 51st, but in reality of course there is a very good chance that the ‘lower’ ranked university may well be more suitable for huge swathes of students.

So my major problem with university league tables boils down to two central arguments. The first is that the methodology which underpins most league tables is horridly out of sync with what undergraduate students in particular care about. The second is that whilst university league tables continue to be published with a simple rank order the ability for students to determine which factors are most important to them (e.g. employability scores, staff-student ratios etc.) are usually overlooked, which means that students are forced to judge universities on the factors which The Guardian or Sunday Times considers to be important, and not what the student her/himself cares about.

At the heart of the concerns about methodology, I am of the opinion that most league table compilers feel restrained by pulling together a methodology which ensures the same universities finish in roughly the same positions every year. The prospect that Cambridge or Oxford Universities wouldn’t finish in the top 2 positions is too horrific a thought for league table compilers to contemplate, so the metrics end up being heavily weighted toward ensuring this just ends up happening year after year. Convention suggests that they are the top two universities, and the Russell Group (24 of the most research intensive universities) are somehow the best universities, so rather than worry about having their own methodology questioned, it seems to me that newspapers retreat to a convenient set of metrics which mean that Oxbridge occupy the top 2 spots, and most of the Russell Groups universities are somewhere in the top 35. Employers also fuel the vicious cycle by largely focussing their recruitment efforts on the same narrow group of universities, whilst simultaneously complaining that many graduates don’t arrive with the skills they want. But whilst many of the big employers still confine themselves to a narrow group of universities it will continue to mean those are the universities which will continue to benefit from inflated employment scores. Employers might actually find that there are graduates from other universities which are just as adept, perhaps even more so given the more business-focussed curriculum that often exists in those institutions. But whilst many employers continue to screen out graduates from outside certain universities, they won’t ever know whether they are better or worse than what they are getting at present.

But in my criticism of the methodology of league tables I want to question why such a weighting is placed on the research output of universities. The role of research in universities is crucial, but frankly it doesn’t have the disproportionate bearing on the undergraduate experience that most league tables lend it in their weightings. In fact you could argue that the more research intensive a university, the less emphasis is placed on the undergraduate experience and teaching. However, could it simply be that newspapers know that by playing the research funding game, the 24 Russell Group universities who scoop around 75% of the total research income will comfortably take slots in the top 30? Our newspapers can then breathe a sigh of relief, knowing their rank order ‘looks about right’. It surely can’t be because these institutions provide the best teaching, the most work experience opportunities, the opportunities to participate in a range of assessment methods or add most educational value to their students – because in the main these are not the universities that do that.

So do most undergraduate students really agree that Oxbridge, or indeed the Russell Group more generally, are really the best universities? According to lots of measures that exist, the majority of students actually have concerns about our so-called ‘top ranking’ universities. From student satisfaction (many Russell Group universities are ranked in the bottom quartile on this measure) to value added (the extent to which a university adds to your educational performance during your years of study) these universities actually perform very poorly.

So rather than newspapers seeking to dictate what they consider to be the most important facets of a university, I’d like to see more effort placed into providing personalised advice and guidance to individual applicants to work out which university is best for them. There is nothing wrong with saying that a post-92 university is better for some students, and a research intensive environment better for others – but let’s get comfortable with that, and stop the pretence that we should be judging all universities along the same lines. For those actively wishing to benefit from a research environment it may well be Oxbridge or the Russell Group, but for a more employer-focussed curriculum or educational value added it is likely to be somewhere else, and I don’t think that summing up a university as a simple digit does anyone any favours!

Towards the end of your time at school, you’ll come to a point where you just grow tired of having to wear a uniform every day. […]