No Drink, No Drugs, No Hot Dogs: The Straight Edge Lifestyle

Ever seen black X’s tattooed on the back of someone’s hands? Did you see them as vulgar; as obnoxious, degenerate symbols of the self-righteous, like so many others have? You couldn’t have been more wrong if you did. These symbols represent the Straight Edge way of life; standing against the common grain of corrupt youth culture. 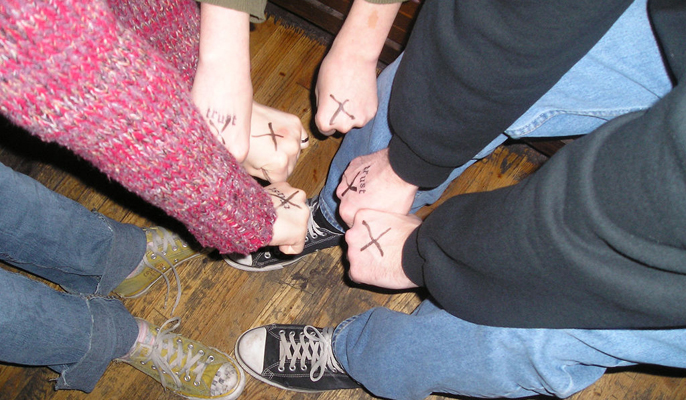 Formed in the early 80s’ East Coast Hardcore punk scene, the original message exploded out of the Marshall amps and raw throats of bands such as Minor Threat and Youth of Today. Straight Edge is the belief that alcohol, drugs and junk food are just wasted time, poisoning today’s culture. With many proponents also adopting vegan lifestyles, the movement has become tied to a strong support of animal rights.

Aside from following Straight Edge on health and moral grounds, I also love the music with all of my heart. From the early Straight Edge bands like Minor Threat to the modern ones such as Casey Jones and Stick to Your Guns, I’ve always loved the speed, power and aggression, but most of all, the pure and simple message of the lyrics:

There’s no mistaking what these words are trying to say. But in spite of the clear message in the music, I feel like I stand alone in Britain as a supporter of the Straight Edge lifestyle, especially when I look at today’s youth. At times I find it incredibly hard to stay true to my belief in fear of social isolation, and when I listen to the bands from the original 80’s Hardcore scene I feel myself grow slightly saddened. I know in my heart that unless something changes, there will never be a movement like this again, because I know that if people can’t turn their backs on drinking and drugs, they won’t turn their backs on the current state of society as a whole. In spite of the difficulty though, it’s of the utmost importance that I do my part to hold on; striving to keep this counter-culture alive.

My own efforts are as pure and simple as those in the music: I have never liked alcohol, so I’ve always stayed well away from it, and I put hours a day into being as fit as possible. To me it makes no sense to then fill myself up with pint after calorie-filled pint, but still I see guys in the gym as regularly as the pub! What’s the point? The answer is a simple need to fit in. My generation are so terrified of being socially isolated that they will senselessly follow one another in every possible way. Nothing happens without the collective agreement of the group, and even if some of them don’t want to, they’ll timidly agree despite themselves.

Nowhere is this attitude more prevalent than within the realm of alcohol and drugs. People will buy a round or have a drag even if they don’t want to, purely to satisfy their need for approval. This is different from peer pressure though. Peer pressure is a lie that justifies this behaviour and can only come once someone refuses. With nobody saying no anymore, peer pressure is no longer the issue: everyone just follows along like lemmings marching together towards a cliff. Very few will stand up for what they believe in if it means that they might get rejected by those around them.

If you ask me, there needs to be change, and change doesn’t come through time. Change comes through action. If you’re like me and you don’t want to drink then don’t (even at uni there are people that don’t drink); it’s your choice. You might have to face difficult consequences, God knows I have, but you’re by no means alone. You’ll find others like you, because they are out there, and together you’ll feel all the better for having made your own choices. 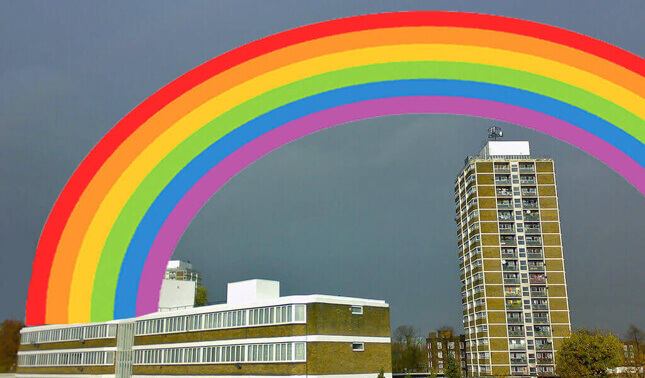 I’m a council estate kid. A kid that grew up around tower blocks, police raids and fights. A kid that ate little and saw a lot. […] 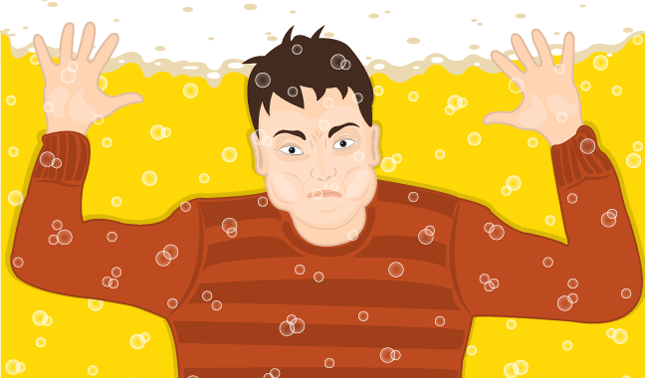 University – where your social life comes alive, right? Well in some cases, wrong! I recently started at Queens University in Belfast. I was so excited […] 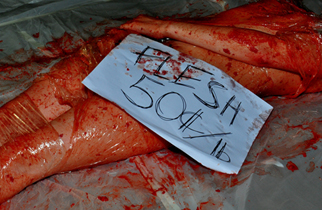 It has taken me fifteen years of eating meat, and two years of being vegetarian, to realise it: cooking meat smells like burning bodies. Why? That’s […]