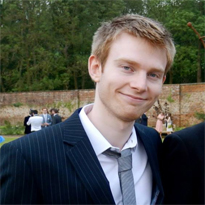 Mike is an aspiring voice over artist, comedian and advocate of the Inner Nerd. He currently produces Pipped at the Podcast and performs comedy sketches in Bristol as part of the VA Comedy group.

You Need More Role-play in Your Life!

I’m addicted to role play…No, nothing kinky. I’m talking about table-top role-playing games (RPGs). A group of friends around a table, usually with one Game Master (GM), rolling dice, playing […]

Want to become our gaming blogger? Apply now here! The thing that captivates me the most about older games, is the creative freedom that they allowed you to exercise. I’m […]

It may serve as a convenient blanket term; a means to send ne’er-do-wells back under their bridge, but the word ‘troll’ has found itself in murky waters recently. The papers […]

Are journalists too stupid to understand the science?

If there was ever a valuable lesson to come out of the second-season finale of Sherlock, it was that you can’t believe what you read in the newspaper. Not 100%, […]